So the power is the holy grail of bike computer data and we decided to develop a cycling power meter for the masses. That means simple and inexpensive, but of quality comparable to existing premium-priced power meters. 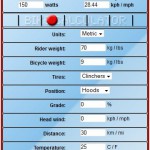 The first idea was to calculate it blindly from all the data we could gather – cyclist (weight, height, clothes), bike (road/MTB, weight, tyre dimensions, …), bike computer data (speed, incline, cadence, …), gps data (terrain), weather (wind, temperature, humidity, …). It has later been implemented into some mobile apps and for some people from bigger countries with less diverse landscapes, this works pretty well.But we’re from Slovenia, a country where you encounter three different climates in a three-hour ride, deep valleys, steep hills, dense forests and badly maintained roads. We couldn’t develop something that wouldn’t work for us, so we decided to take a different approach – we’ll measure power on the bike.

To measure power directly, two quantities must be known: force and speed. The latter is almost too easy, every bike has a speedometer. But force is a different thing. It is distributed from pedals throughout the bike and different power meters measure it at different components. We chose the most obvious component: the pedal itself. 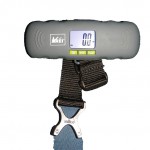 There is a force sensor in every kitchen, personal and luggage scale and even in computer mice, but none of known sensors meet our requirements. Our sensor would have to blend in between cleat and shoe unnoticed and it should withstand any force, weather, temperature as well as any personal income. So we set off to develop a custom one.

And we started working. Drawings, calculations, simulations, prototypes, tests, and then drawings again. 45 times. Every next prototype was better than the previous one. And so was our knowledge. We established a box called The Hall of Shame in which we threw all failed prototypes.

We can’t possibly show you everything we did and learned because there’s just too much to show, but here are some examples of what we’ve been doing. Be sure to read the images’ descriptions.


Warning: sizeof(): Parameter must be an array or an object that implements Countable in /usr/www/users/damogr/tripo/wp-content/plugins/bmo-expo/classes/theGallery.php on line 136